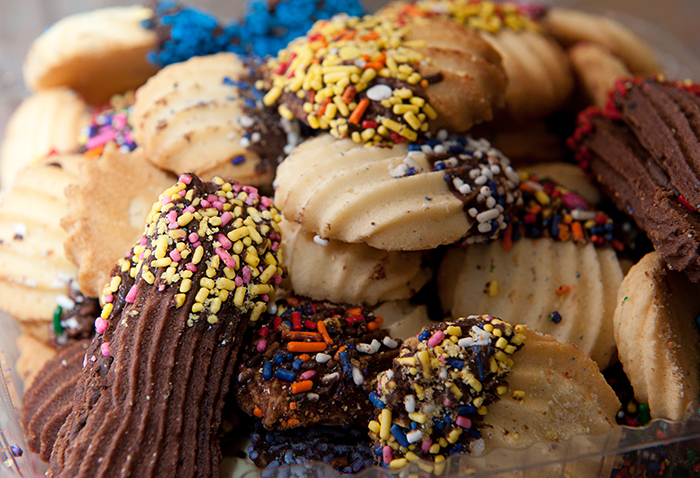 I was craving a New York style bagel this morning, the kind I used to get in little bagel stores near Columbia U., when Jen and Nandita and Robbie and I would go for a study break snack.  I pulled into the Costco lot, idly thinking about these bagels and about the photos I was going to pick up (would they have good color? Did Costco believe me when I checked the “do not autocorrect” box? Because Costco seems to usually really LOOOOVE doing Autocorrect?)

Costco was still closed. I was irritated. Did they not KNOW that I was there? Did they not GET that my schedule was geared to an earlier opening? Could they BE that insensitive? Damn you Costco, you jerk-offs, I was thinking to myself.

Should I just wait? Then I noticed a Chompies restaurant out of the corner of my eye. I decided: “Hey, I’ll check out this Chompies place. Maybe they have bagels there? I’ll just go see.” (A big hint to help me out was the large bagel right on their logo, and the word BAGEL all over the outside of the store.) You can’t get anything past ME at 9:30 am in the morning. I’m pretty sharp.

So I went into the Chompies, and Oh My God. Not only did they have big rows of bagels and actual metal tubs of cream cheese, they had knishes and strudels and Challa bread and mock subway signs. It was really awesome — I mean, I knew the signs were kind of cheesey, but they were still AWESOME.  At times I still miss NYC, and seeing a subway sign makes me nostalgic for the good times without any of the smelly puddles or crowded bodies or hot subway cars or incessant waits with just hot stinky air blowing down the subway tunnel when you craned your neck to see: Are there any lights coming? Anything?

So I ordered a toasted garlic bagel with cream cheese, and then I remembered how: Oh yes! In NYC, they put about a whole pound of cream cheese on your toasted bagel; so much cream cheese that it drips and spurts out the sides and gets all over your fingers and hands and shirt. And if you’re like me, a person who likes cream cheese but doesn’t LOVE it in the sense that you would put an entire block of it onto your bagel, you have to wipe some of it off.

I smiled to myself as I began the moves I remember doing back in college: Smashing the bagel together and wiping off the huge amount of excess cream cheese with the waxed paper wrapper and extra napkins, then holding it in my hand like a full warm baby diaper, looking for a place to toss it out.

That’s how the diapers come in.  Seriously, there was SO MUCH cream cheese on this bagel that my excess cream cheese, wrapped up in the paper wrapper, had the same heft and warmth as a newborn’s poopy Pamper. 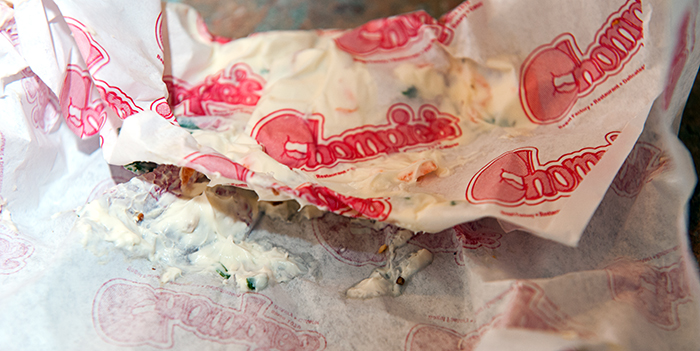 Look at that ! Just look! That whole folded over paper is full of cream cheese. And that’s not even ALL of it.  There was more in the 3 napkins I already tossed. I can’t even believe how much cream cheese went onto that bagel! I could have creamed 4 other bagels with the excess. It’s actually a shame I had to toss it out.

I guess that a)cream cheese must be inexpensive and b)most people in NYC must loooove themselves some cream cheese, if that is the norm.  And I also just realized that c) “I could have creamed 4 other bagels” sounds really, really wrong. So sorry about that. Just pretend I never said it, ok?

I do remember that all of my friends would eat all of their cream cheese just as it was, and tease me for wiping much of mine away. (Except for one friend who always got her bagels toasted with just a sliver of butter.)

Anyway, so after that awesome diaper-loaded bagel, I saw that Chompies had windows full of gorgeous sugar cookies, and I got a box of them for my daughter’s last week of kindergarten.  They were beautiful, spotted with sprinkles, and delicious (I snuck one, of course.) And $12 for 47 cookies.

So there you have it: A morning without Costco can lead to good things, like NY style bagels, handfuls of warm diapers, and yummy cookies.  The path less taken CAN be more fun (if slightly more expensive).

So I need to know: How do you like your bagels?  Do you like the crazy amounts of cream cheese? Do you prefer butter? Inquiring minds want to know….