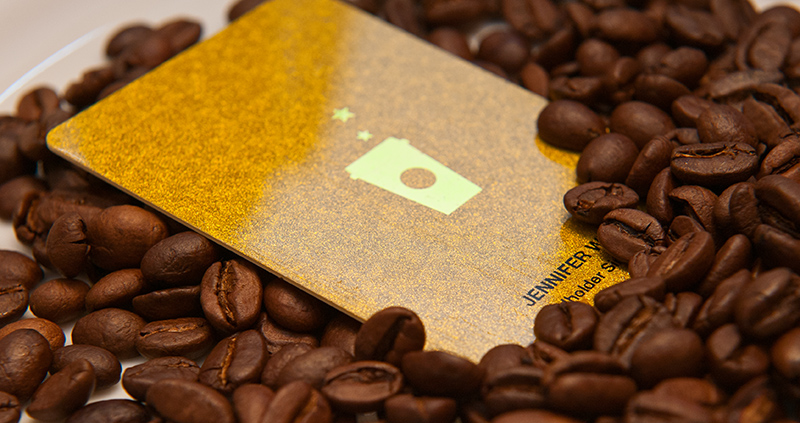 Someone I know decided to put herself out there as a self-professed food writer and restaurant critic, and is now blithely writing ad-hoc reviews on Facebook.

Now I’m no Ruth Reischl, but I thought to myself, “Hey, that sounds like fun!” and “Clearly, the greater Phoenix area could also use my special insight into what makes a restaurant worthy of their collective presence!”

When I sit in a Starbucks, I’m not there specifically for the coffee or the pastries, although I always get coffee and often a pastry, too. The coffee is strong and bitter, with a burnt flavor -  I’m not here to debate if it’s “good” or not; that will be up to your palate to decide, and if you’re like most people, you’ll admit that it’s not the coffee or sweets that draw you either. It’s the atmosphere.

Some people say that Starbucks doesn’t have an atmosphere, that it’s a sterile corporate-driven behemoth existing solely to funnel money into its voracious headquarters; that such a prolific chain of identical clone-storefronts could hardly have a unified presence that means anything besides monetary gain.

I disagree. I believe the ubiquity of Starbucks is the heart of its success. When I sit in a Starbucks, it’s like I’m sitting in every Starbucks, tapping into the collective unconscious of thousands of coffee-drinkers around the country and even around the world.

Sure, I’m not thinking in Greek or reading a magazine in the Bronx, but I’m sharing an experience with countless other individuals across the globe who are sitting in identical shops, at identically slightly-sticky tables, smelling that powerful burnt coffee aroma, looking at the same seasonal mugs with pretty red bows. And most importantly, we are all looking at the interesting variety of people constantly coming and going, seeing a cross-section of the humanity in our part of the world.

That experience of feeling part of a larger whole is concurrently addictive and soothing.  The thing about Starbucks is that you can do one of two opposite things- you can  just watch humanity orbit by around you, or can delve into it and make contact with others – and either option is equally acceptable.

A person can sit there all day on a laptop, half-watching people come and go, nursing a grande, just existing. The clatter of cups, the hissing of the coffee machines, the low music, the voices – they can roll over a person like the ocean, rendering one  invisible. It can be like sitting in an airport bar, watching humanity stream by on their way to exotic locations, interesting jobs, unimaginable situations.  It’s freeing to be in that zone of travel. It allows the mind to enjoy free-association that may not come at home in a quiet desk, mired in the regular routine.

Sometimes that’s what we need, I think – to be invisible at will, to watch humanity around us without being forced to interact. Maybe it’s a very American need, or maybe it’s common to more cultures, but sometimes our lives are so harried and frantic -but frantic in the same tight groove that we settle into every day – that it’s soothing to move out and see a different segment of life. It’s like a wash for the brain.

Sitting there, one can see different parts of the world come and go, and yet feel no need to actually interact with them. Sometimes it’s enough to just watch life go by. And in our walled or gated neighborhoods where there is not a lot of humanity milling around, a Starbucks is a perfect place to people watch. If and when you’re ready, you can interact at will.

And because each Starbucks is so busily  corporate, so identical to its clones, so available to everyone, that there are very modest expectations of the patrons; being yourself is just fine. Nobody needs to be hip, urban, funky, trendy, or multicolored.  Just be what you already are. Suits and old age are fine. Youth and piercings are fine. Although the clientele will vary by neighborhood, Starbucks by its very nature is America’s great salad bowl of cappuccino, welcome to everyone and anyone who comes through with at least 4$ to spend on their products.  It’s a very equalizing coffee house, available – in its muted culture-less fashion – to all.

And I love the people. Oh, the interesting people!

Starbucks in Chandler, on AZ Ave. – notes from September 2014

“Dog is yapping – it’s in a car at the drive through. Yapping goes on for literally 5 minutes!  I finally look to my right and see a little white dog, vibrating with energy, standing on the steering wheel, trying to climb into the S’bux window.  I will give you one guess as to who is driving:

The young man behind the counter explains:  “She comes through every morning and gets them a cup of whipped cream. That’s why they get so excited.”  Other people getting coffee nod now in understanding. Some smiles appear. I can’t help but wonder:

Starbucks in Tempe, on Rural Rd

“I’m once again ensconced in a S’bux, the one in Tempe just a few blocks past the Venus of Willendorf statue by Tonneson. I’m rubbing my arms on the table, hoping some “cool kid germs” rub off on me. Haha. Table is kind of sticky; probably all that is rubbing off is sugar residue + spilled Frapp. + E. Coli 0157:H7. (<– can’t remember the “real” designation for E. Coli so I may be making that up. Feel free to Google it…or not.)  **

Across from me, long table – 3 ungrouped persons, each with an Apple laptop.  More Apples scattered throughout. Clearly, Apple laptops are popular here, near campus. I’m proud to be one of just a few owners of a non-Apple product. Well, not proud as in, “Wow! Nobel Prize!” proud, but it’s nice to represent the anti-culture trend sometimes.  (later….) Two more Apples have joined the crowd! Jesus.  Might as well be a fucking Genius Bar in here.

Guy next to me has taken off sandal, hosted bare foot atop opposing knee, and is now massaging his toe cracks to the beat of The Cure. Fascinatingly repulsive. Now he lifts his hand to his face and surreptitiously smells his fingers. O.M.G. I can’t even – I mean, sure, I admit that maybe I’d be interested to see how my own feet smell sometimes. I don’t fault him for bodily curiosity. But man, not here!  I didn’t need to see that, or be forced to imagine how your hairy toes smell. Oh, no — he glanced  at my notebook while he stood up! Did he see what I wrote? Well, it’s TRUE. He DID do that. Oh, he’s leaving, packing rapidly. Because of what I wrote? Or just because he was planning to, anyway? Hmmmm.

New person comes to table after toe-smeller leaves. Stubble-chin guy with bright blue eyes, early 20′s. He props ridiculously long skateboard against  table, adjusting it several times before it stays.  Cute waif-like girl with huge black-lined eyes joins him, leans in,  straight smooth blond hair brushing her bare shoulders, for intimate conversation. Later, as I drive away, I see him sitting cross-legged under a tree on his phone, and she’s a block down the sidewalk, expertly maneuvering the skateboard around pedestrians.”

“Guy in pink shorts bending over so shorts stretch tightly over rear; not attractive. Not that he “should” be, who cares?  I’m just stating what’s going on here.

Couple next to me:

Some things being ordered:

Yes, They Do Have Food:

So if you accept that the draw of Starbucks is its very presence, you then admit that you need no food review! You’re going to go regardless of the flavor of the coffee or the freshness of the lemon pound cake (which is always fresh, by the way, and deliciously tart with enough sweetness to balance it out without being cloying.) You won’t need the pumpkin bread, which is moist and umami and has just the right amount of cloves/pie spices, and an addictive crunchy top piece.

Even if you think that the seasonal sugar cookie looks suspiciously like it has melted orange crayon wax on top of it to form the pumpkin color, you’ll get it anyway. And you’ll be pleasantly surprised to discover that even though it does seem to feel like biting through a layer of wax (not that you’ve ever ACTUALLY bitten down through an evenly spread, thin layer of melted orange crayon – but, hey, you’ve got a great imagination, so you can clearly understand how it MIGHT feel) – the flavor is pretty good, and the cookie is not too sweet, and the texture is fine: not too crumbly, not too hard; just enough bite to provide the right mouth-feel. It goes well with the strong coffee, which you – unlike your Papa, who complains about the horrible flavor of Starbucks – actually kind of like. Or maybe it’s the atmosphere you like, but anyway, you GET it, and frequently, too.

The cake pops are too pretty to eat, but someday you will eat one anyway, and you’ll be happy to find that it’s not too sweet.  Because “too sweet” is a problem with cookies and treats at Paradise Bakery, and it always pisses you off when something is TOO sweet. There IS something called “too much sugar.”

It’s a relief to find that this place gets it right, or right enough – fresh enough – that you can continue to sit here and be invisible and people-watch to your heart’s content, and not be forced to smuggle someone else’s pastries inside in your purse.

I know that there are a huge number of cool, funky, delicious and independent coffee houses throughout the valley. I’m immensely glad we have them – independent places are the jewels of a city, creating the sparkle against the humdrum background noise.  I want them to thrive and prosper and gain a huge, loyal clientele. And I like to try them out.

But  if I’m not up for a drive, or I just want to sink into the background and relax, nearly any Starbucks is a safe choice. The humdrum background noise is often just what I need to settle into my creativity and make my own jewels.

**NOTE TO AVOID LAWSUITS -  About the E. Coli:  That was a total joke, hahaha! Of course there is no E.Coli in Starbucks, hahaha! S’bux is extremely clean, safe, restaurant! Always passes health inspection, probably! Totally a joke! Funny! OK to laugh!