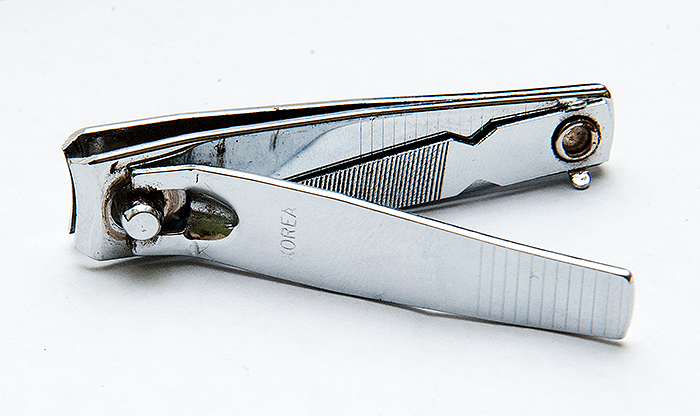 Fifty thousand dollars, the announcer on NRP was saying. An illegal poacher could get $50,000 for the horn of a rhinoceros!  Poor rhinos.  The creatures are being increasingly targeted by poachers, who kill them just to obtain their horns. It’s becoming a significant problem and decreasing the popoulation of rhinos around the world. (Read the NPR article here.)

The use of rhinceros horns in traditional Chinese medicine has been around for centuries. When ground into a powder and mixed with boiling water,  the horn has been long believed to cure many ailments in China, including rheumatism, gout, and fever. In Yemen, the horn is often used as part of ceremonial swords, and in Greek lore it was said that bowls made of the horn could detect poisons. (This part might have actually been true, as the alkaloid poisons might have visibly reacted with the keratin in the horn.)

Because the horns are so valuable as a supposed medical powder, poachers are killing the animals  in order to sell the horns to many Asian countries, especially Vietnam, which has become one of the largest importers of the horns.

Although there is really no documented evidence of the horn’s ability to actually cure diseases, it is increasingly being marketed as an antidote to many illnesses including cancer, and has become extremely popular. Several websites claim that Vietnamese are demanding the powdered rhino horn in ever-increasing numbers.

Some people believe that the poaching laws need to be stronger; others believe that legal “rhino farms” should be allowed so that the government or legal traders can sell horns without killing animals, gradually putting the poachers out of business.

I read a few articles about this on the web; this one from PBS concludes with the statement that in terms of the health claims, you’d be just as well off eating your own nail clippings. This is because the famed rhino horn is composed primarily of keratin, with a stronger core of calcium and melanin.  Keratin is the material that comprises our hair and fingernails, and the hooves of many animals.

When I thought about eating toenails, though,  I remember a very special time at the DMV.

I was waiting in an uncomfortable chair in a packed waiting room, with random numbers being called up on screens and all walks of life around me in various stages of frustration, distress, or boredom.  I watched person after person walk up to get a driver’s license photo, I observed someone eating something from a Tupperware that smelled suspiciously like sauerkraut, I blinked at the lady who was talking to a very small dog with the word, “Poop! Poop!  Poop!” written in cursive on a pink collar when….something even MORE interesting caught my eye.

Or actually, my ear. “Clip! Clip!” went the sound.

“What IS that?” I wondered to myself.

“Clippy Clip! Clippity Clip!” I heard again, and then “zing!” something small snapped into my jeans leg.

“Aik!” I squeaked, brushing at my leg, thinking it was some kind of bug. The thing fell to the floor, and it was not, in fact, a bug. It was a long, yellow toenail clipping.

With growing horror, I turned my head to the left. One empty chair away, a man in his mid-50′s had hoisted one long hairy leg atop the other knee, had removed his sandal, and was busy clipping the discolored nails on his long knuckly toes.

He stopped to examine a piece of nail that had not automatically fallen from the clipper, the way I might pick up a piece of string that the vacuum cleaner ran over, then he wrinkled his nose and dropped the piece to the floor.

He continued snipping away, moving carefully from toe to toe. “Zip! Zing!” more clips flew out at impossible speeds in random directions.

I moved quickly to an empty chair further down my aisle.  I could NOT believe that he was doing this — clipping his nails, here, right HERE, in the Department of Motor Vehicles! I grant you that it is a very boring place, staffed with chronically unhelpful workers, full of bureaucratic forms.  I could handle a discreet nose-pick here or there. I could even tolerate a fart or two. (Who hasn’t let one loose in a waiting room, am I right?)

But the fact that his nasty nail landed ON MY JEANS was repulsive. And HE was repulsive!  And if disgusted stares or The Evil Eye had any actual power, his feet would already have disintegrated into black dust after incinerating themselves in the heat of my hatred.  But he was blatantly oblivious to my hate, and what was even worse — nobody else seemed to be noticing this.

Really? I thought. It’s come to this?  He gets to clip his nails in here, and nobody else even thinks it’s gross?

He finished the one foot in no rush, then re-sandaled it and hoisted the other for a quick pedi.

I could not look away. It was worse than rubbernecking an accident on the highway. “Please, God, make it stop!” I was wailing internally, but he did not stop; at least, he didn’t put away the clippers until he had diligently finished all of other smelly digits. And then — seriously, he picked a piece of nail out of the clipper and CHEWED ON IT.  Then he slipped the silver tool back into his pocket and picked up a newspaper.

When my number was finally called, I was relieved to move away – FAR away from the Clip Zone. But I never forgot the incident, and even though I am now experiencing a little PTSD just thinking about his toes, I realize:

If that gross man can clip and eat his toenails, why can’t other people do it too? Maybe the people who are dependent on the rhino horn are just mislead. If it’s keratin they want, keratin they should get, and maybe it can come from their VERY OWN FEET! Think of it! Instead of selling rhino horns, maybe the little apothecaries should start selling DIY guides. “Step one: Clip Your Nails. Step Two: Grind Them Down. Step Three: Mix With Boiling Water.” and Voila! A new way to get your keratin, right?

Maybe we can even track down DMV-man and have him farm out some extra toenails. He definitely  had some long ones going on there.

I’m not trying to make light of the rhino plight. Although the rhino has never been even close to my favorite animal (seahorse, hummigbird, lemur) and in fact is probably sort of low down on the list, I do NOT want to see them being killed for their horns. I do not like to think of people killing them for a horn that has no real medicinal value, leaving their corpses spread across the land.

I guess I’m trying to use a bit of humor to spread the word about the plight of the rhinos. So please, if you ever hear anyone say that they believe the rhino horn actually works medicinally,tell them that it doesn’t. Tell them to try their own toenails instead.  Tell them not to support the killing of innocent animals.